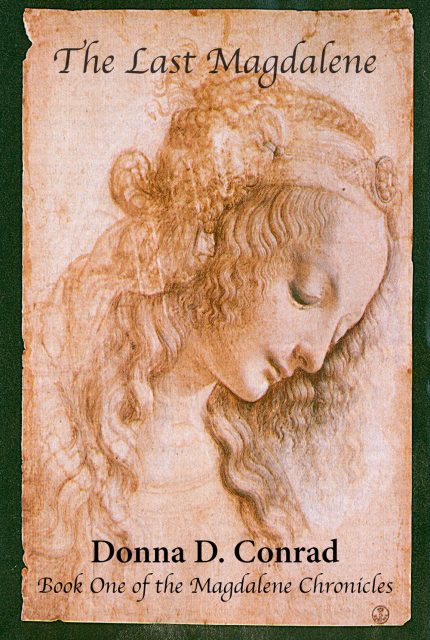 Mary Magdalene is a significant historical figure that has been marginalized for nearly two thousand years. Mentioned only three times by name in the New Testament her life is veiled in mystery. Nonetheless, her teachings are said to be the basis for numerous sects that challenged the Church of Rome. Regarded by the Church as merely a repentant whore, in the Gnostic Gospels The Magdalene is reputed to have been the “Apostle of Apostles” and the one Jesus “loved more than all the disciples, and kissed on her mouth often.” (Gospel of Philip)

In The Last Magdalene, Miriam of Bethany tells of her privileged childhood within the Temple of Asherah, her rise to scholar of language and law, her service as Qedeshah (order of sacred prostitutes), her dynastic marriage to Jesus, her ordination as The Magdalene, and the annihilation of Goddess worship in Judea

Written from the cave in southern France where she spent the last thirty years of her life, The Magdalene tells of the final days of the Goddess worship in Judea and the failed rebellion against Rome led by an obscure Rabbi from Galilee, Jesus. The novel follows events recorded in the New Testament, as well as historical events censored by the early Church Fathers. The Last Magdalene provides a fresh perspective concerning the tumultuous changes that brought about the death of Goddess worship and the birth of a new religion.

This is a tale that allows an intimate connection with one of the most remarkable women in history—Miriam of Bethany—the last Magdalene.

The Last Magdalene is based on extensive historical research utilizing Hebraic and Christian sources including the New Testament, the Codex Askewianus, the Nag Hammadi Codices, and the legends and history of southern France.

According to the Codex Askewianus, discovered in 1773, and the Nag Hammadi Codices, uncovered in 1945, the Magdalene was a great teacher in her own right. Her teachings are believed to be the basis for the Cathar movement, which challenged the power of the Roman Church in thirteenth century France, and was the object of the infamous Albigensian Crusade.

ShareTweetSubscribe
Sign up on my site. You'll make me so HAPPY I'll send you a copy of my first encounter with Jimi Hendrix! (Did she or didn't she? You'll have to register to find out.)